Is Automation a Threat to UK Worker’s Pay?

The side-effects and consequences of the Fourth Industrial Revolution are coming clearer into view and their effect on wage growth and labor welfare have been noted by the Bank of England’s chief economist, Andy Haldane. The effects of automation, he declared, could knock 1% per year off wage growth for UK workers, in all likelihood leaving them well behind the rate of inflation and driving increased inequality between the owners of capital and the suppliers of labor. 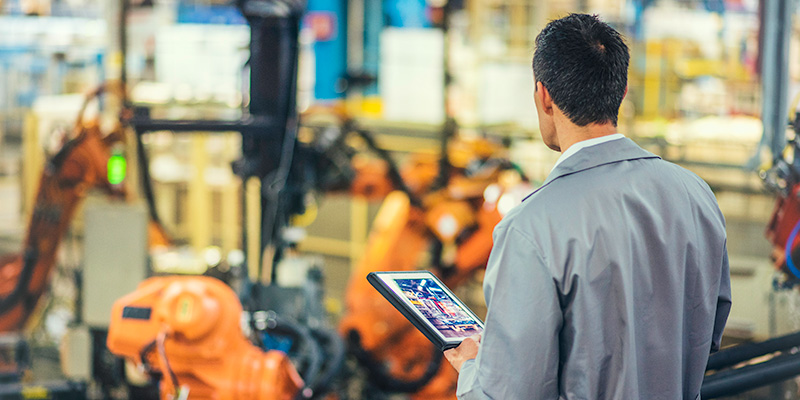 The comments were made at a conference organized by a dispute resolution body, where Mr. Haldane noted that business in the UK was still very far behind its peers in the industrialized West in terms of the adoption of robots into industry. Britain was found to have around 71 robots per 10,000 workers, compared with 127/10,000 in France, 171/10,000 in the US and a huge 301 robots per 10,000 workers in Germany.

The senior economist went on to state that if robot usage by business in the UK was to reach the level of the US, about a 150% increase from its current number, then wage growth would be hit by 0.4% per year over a decade. If they were to go even further and reach the level of automation that Germany has achieved, which would require more than a four-fold increase, national wages could have 1% shorn from potential growth every year.

It seems that at the moment, UK workers are being saved from even worse wage growth by the fact that business in the UK has been so slow to the party in terms of installing robots instead of hiring employees. This was an idea which Mr. Haldane’s Bank of England colleague, Will Abel, rather more abruptly stated, saying that the UK’s level of automation was “pretty rubbish”. Though with the increased use of technology and automation across every work space, it would seem to be only a matter of time before UK workers start to feel the pinch the same as their international peers.

The solutions to this issue are many but would take considerable political will to put into practice, especially before it’s too late. In some ways the UK is lucky that uptake has been so slow thus far, so that they can see the effects it has had on similar economies and legislate accordingly, to protect the citizens of the country from devastating declines in real income.

One of the most logical solutions would be a tax on automation, for a defined period of time, to ensure there was no sudden drop-off in the living standards of the people while the nation transitioned to a high-tech, automated economy. This would not please business owners, but it would be an acceptable middle-ground and give them forewarning of costs before they invested. More drastic solutions such as nationalization of certain industries to ensure the benefits of automation were used to make the country prosper evenly would require political change, though is in line with the Labour Party’s current manifesto.

Whatever happens, the effects of the Fourth Industrial Revolution and its impact on labor will need to be addressed seriously by authorities in the UK and across the world sooner or later.