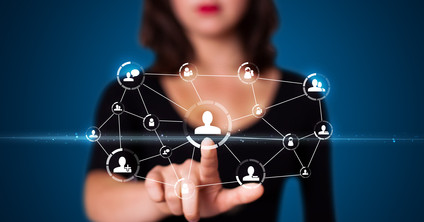 Crowdsourcing, like innovation, is a term both heavy with meaning and shrouded in ambiguity. Knowing the general stuff — like that it’s somehow connected to business or that it has something to do with ideas — isn’t enough to use crowdsourcing as a strategy. But that’s what’s necessary in current markets, where competitive companies need to constantly adapt, evolve, and investigate opportunities to get ahead of emerging trends.

In-Depth Insights
The State of Crowdsourcing in 2015, a report developed by global creative community Eyeka, analyzes corporate crowdsourcing trends from the early 2000s through today, exposing valuable insights into how the practice is successfully used in business innovation. Some findings from the report:

Crowdsourcing Companies: A Practice in Innovation
According to this in-depth research, crowdsourced innovation is the key differentiator for internationally dominant brands, including giants like Procter & Gamble, Nestle, and the Coca Cola Company. They cite one especially telling example of a major company’s crowdsourcing efforts and how they changed the face of engagement and innovation across the organization.

“’The Unilever Foundry builds on a lot of work that we’ve already done – and will continue to do – to engage with startups,’ Marc Mathieu, Global SVP of Marketing, explained in an interview with Rafe Ring for Campaign Asia. ‘We’ve worked closely with the eYeka’s and Mofilms of this world [and] The Unilever Foundry takes these ‘experiments’ and embeds this as an ongoing way of working.’ The Unilever Foundry now acts as a central hub to house all crowdsourcing briefs of the company, with the objective of better organizing outsourced activity as a commitment to more effective marketing. In February 2015, Unilever announced that it seeks to increase the use of crowdsourced innovations tenfold globally by 2020.”

Learn how our Planview IdeaPlace crowdsourcing software can help your company innovate like the Fortune 100.