The technological advances of the past two decades have rapidly transformed the way the world works, especially in terms of communication, robotics and finance. However, there is one domain of technology that threatens to completely upend the status quo across almost every field of human endeavor: artificial intelligence. 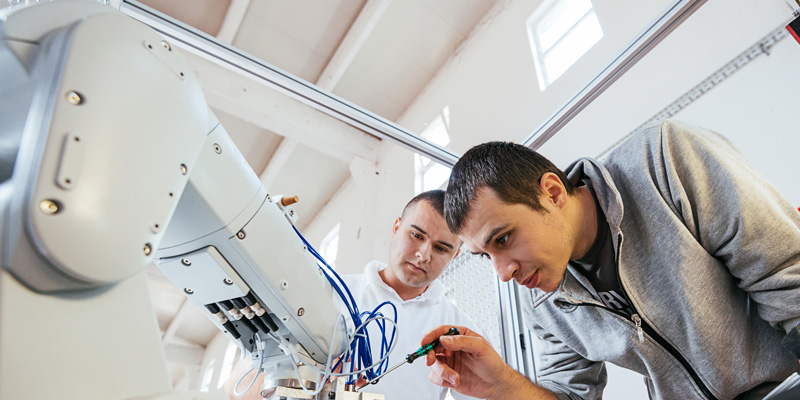 Fear has been running high among many that AI will lead to massive job losses across the world, as certain sectors of the economy become dominated by cheaper and more efficient algorithms, especially those controlling robotics and machinery. A 2013 report by Oxford University stated that 47% of jobs in the US and 35% of those in Britain were at risk of adding to UK employment due to the encroachment of AI-driven processing. Considering the numbers and types of jobs involved, AI would also create another shift to the owners of capital, as labor as a factor of production claimed an ever-smaller share of produced wealth.

Was It Just Fear-Mongering?

So, it is slightly encouraging news to hear that there has been a considerable backlash against the artificial intelligence fear-mongering. Firstly, with regards to the aforementioned Oxford University report, the OECD has issued a statement where it cast doubt on the size of their figures, instead suggesting that US job losses would be 10%, while the effect on UK unemployment would be that around 12% of jobs would be at high risk over the next 20 years.

Of even greater comfort to those who had been worried about artificial intelligence increasing US and UK unemployment is the recent research by accountancy firm, PwC, which has suggested that though job losses in the UK would amount to approximately 7 million, there would be 7.2 million jobs created over the same period, leaving a net gain of around 200,000 positions.

This will happen because, as the chief economist at PwC, John Hawksworth pointed out, the foundations of industrial change and the introduction of “major new technologies, from steam engines to computers, displace some existing jobs but also generate large productivity gains.” These gains are eventually felt in lower prices, which increases spending power and creates the need for employees in other fields.

That’s why this looming artificial intelligence boom will create major winners and losers, depending on their area of employment. People employed in manufacturing, public administration and transport and storage would see job losses of 18% – 25%. On the other hand, available positions in scientific and technical services and the health sector would rise by 16% – 22%.

Those With Digital Skills Will Win

Those best placed to ride out the tumultuous employment market of this Fourth Industrial Revolution will be those with “strong digital skills, as well as capabilities like creativity and teamwork which machines find it harder to replicate”, according to Euan Cameron, PwC’s UK AI lead.

It seems like this new wave of AI-driven technological advances are unstoppable, so whatever the resultant effects on economies and the workforce, it would make sense for countries to start planning how to deal with this in advance. Despite having a lot on its plate with the continued uncertainty surrounding Brexit, AI also presents a great opportunity for Britain to get ahead of the game and prove why it is a world-leading technology hub.