Millennials in the UK, just like in much of the rest of the developed world, are causing much upheaval in the workplace as their shifts in attitude challenges the outlooks and expectations of older management and the organizations they work for. 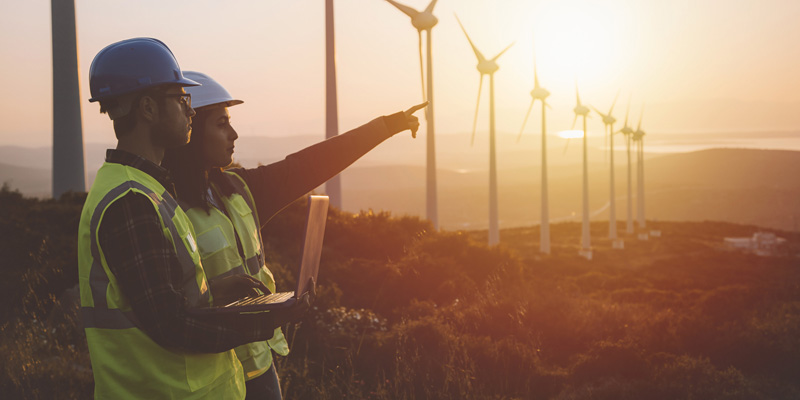 One significant area of change is the focus on environmental awareness and the importance to Millennials of working in areas which contribute to the betterment of the planet. These so-called “green collar jobs” are among the highest growing in the world, with their potential future growth making them one of the most attractive fields of employment.

This is especially true for Millennials in the UK, with a recent survey showing that more than two-thirds of them would like to be working in an environmentally friendly job. This shows a distinct break from older generations for whom the environment is not as much of a motivating factor or the potential growth in jobs in the sector is not a big enough pull factor.

Understanding where the jobs are

Despite their greater interest however, millennials in the UK actually greatly underestimated the number of green collar jobs there actually are. The vast majority considered such roles to be focused on the renewable energy sector, though in fact this only makes up just over 10% of jobs in the area. The largest employers in the environmental domain are actually the energy and management efficiency industries, which provide about 40% of green collar jobs. There are also a large number of roles in everything from car designers to policy making civil servants.

The green economy has been growing hugely over the last 10 years, with the number of listed companies in the sector growing by 20%. In Britain itself it is estimated that there could be up to two million jobs in environmentally friendly business by 2030. The government’s energy and clean growth minister, Claire Perry, has stated that: “The move to a cleaner, greener economy is one of the greatest economic opportunities of our time.” With the government being impressed by the “appetite” that the younger generation are showing for working in the area.

The Confederation of British Industry (CBI) was also glowing about the research results, with their infrastructure director, Tom Thackray, stating that it was a “massive opportunity for business” and that they would continue to work with the government to push the importance of the green economy to younger generations.

A positive for the UK government

This ought to come as a boost to those in power, who are currently beset at all sides by political crises as it deals with the era-defining Brexit vote to leave the EU in 2016. Though things have yet to go to the level of economic disaster predicted by many, there are still a raft of challenges facing the government in terms of regulation and the safeguarding of both jobs and industry. The green economy is almost certainly one of the best opportunities for the UK to become a global technology leader, fortunately their young people seem to  have recognized this and are already motivated to make it happen.