Temporary Employment Falling in the UK

Britain’s previous issues with temporary unemployment offering little security to the nation’s workers seem to have found a solution, at least for the moment. The country’s booming economy – despite the uncertainty surrounding Brexit – has continued to surge forward, taking more employees into steady, permanent employment. 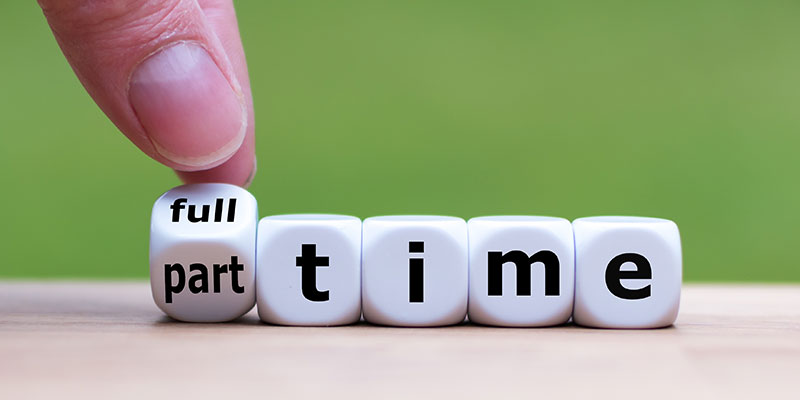 With the unemployment rate falling to record lows of 3.9%, the joint best total since 1971, the pressure is on for businesses in the UK to hold onto staff. This pressure, combined with better opportunities, has seen a considerable decrease in the amount of the workforce who are in temporary employment in the UK. (Temporary workers include agency temp workers in offices, casual workers in construction and seasonal workers such as in hospitality or agriculture.)

For the second quarter of 2019, the number in temporary employment in the UK reduced by 5.5% and accounted for just 5.3% of the total workforce, or 1.47 million people. As we have looked at before, the conditions of those in temporary employment is a great concern, with the most vulnerable workers from the bottom of the economic system at risk of exploitation. This isn’t just good news for business in the UK; the country’s current economic resurgence has also helped to lift many out of the difficulties caused by the government-imposed austerity measures following the 2009 financial crisis.

One surprising feature of the country’s current labor shortages had been the lack of corresponding increases in wages that would be expected to follow, as competition for qualified staff increased. This finally seems to be coming in line with expected figures, as total average weekly earnings have grown by 3.9%, amounting to a 1.8% increase in real earnings after inflation was discounted.

It has yet to be seen whether these pay increases will convince the millions of EU workers in Britain, who provide the backbone of many industries, such as hospitality and the health sector, to remain in the country despite the continuing and troubling uncertainty over their future financial status.

The UK’s productivity has long been an issue threatening to derail its economy, and the current data suggest that they are likely slipping even further behind their global peers. Productivity, as judged by output per hour, dropped by 0.6% year-on-year with Q2 in 2018, which marked four consecutive quarters in which productivity has fallen, exacerbating an already worrying trend for business in the UK.  The situation was addressed by the CEO of Britain’s Recruitment & Employment Federation, Neil Carberry, as “a huge issue [that] will constrain the ability of the economy to sustain rising pay.” He went on to advocate for the great need to address skills shortages through reforming and investing in apprenticeships and an open approach to allowing immigration from other countries.

With the current drama surrounding Brexit still ongoing, the government’s eye has not been particularly focused on improving the skills of the workforce, while at the same time it has been promoting a more draconian approach to immigration. Whether the improvements in the economy, advances in technology and decreases in the number of temporary workers manages to continue despite these issues remains to be seen.