PSOs: How to prevent customers uttering the scariest statement of all

As professional services organizations (PSOs) know all-too-well, there are several worrisome statements that customers can utter, and quite a few alarming ones as well. However, there’s one announcement in particular that’s enough to send chills up and down the spine of even the hardiest, most battle-tested executive or project manager: “We don’t understand this invoice.” 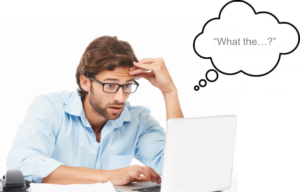 [We’ll pause for a moment as folks who just dove beneath their desk or raced screaming out of the room gather themselves, and return to their regularly scheduled blog reading.]

What makes this statement so scary, is the same reason that the most terrifying horror movies aren’t filed with endless blood and gore, but instead have an eerily calm, yet petrifying undercurrent that we just know is going to erupt into something very, very bad – which for PSOs, equates into the most heinous of all outcomes: losing the customer.

Here’s why: customers who say “We don’t understand this invoice?” (or any variation) typically aren’t saying just one thing. Rather, they’re conveying a series of proclamations that may include any, some or all of:

Now, before we continue: nothing above implies that customers are being deceptive or dishonest – because that’s not true. Rather, it’s just a realistic acknowledgement that customers often pack in a lot of messages into certain statements. Sometimes the statements and subsequent unpacked messages are positive, and sometimes they’re negative. For the reasons noted above, “We don’t understand this invoice” is not just on the latter side of that spectrum: it arguably functions as the endpoint.

The good news, however, is that PSOs don’t have to brace for impact and hope that customers don’t say these dreaded words. Instead, they can leverage external visibility and collaboration so that customers are:

Ultimately, leveraging external visibility and collaboration helps PSOs proactively and continuously highlight the full value of the relationship at all times – which is characterized by delivering value, solving problems, obtaining goals and achieving ROI. Customers who clearly know that they’re getting these benefits aren’t confused by invoices. On the contrary, they’re inspired by a great partnership that’s on the right track and firing on all cylinders.

Clarizen’s External Collaborator solution combines a complete “one-stop” collaboration portal for customers, with robust enterprise-grade features that give PSOs the tools, transparency and visibility they need to take customer experience and satisfaction to new levels – and ensure that the closest they get to “We don’t understand this invoice” is reading this blog.