Imagine a World Where You Meet Your Goals

Like most disruptions, it began with a problem hiding in plain sight.

We were all paying too much for eyeglasses. Then, in 2008, four graduate students, one wearing a pair of frames held together with a paperclip, decided to bring eyewear to the internet.

They faced serious challenges. None of them knew anything about e-commerce, and when they pitched their idea, investors scoffed. Nobody would ever buy glasses without trying them on first.

But the students were determined. With just $2,500 in initial funding, they turned down generous job offers. They worked day and night to launch their website, Warby Parker. And the speed of their success was stunning. In just three weeks, they met their sales goal for their entire first year. They had a waitlist of more than 20,000 customers.

All of which would have been a nice little success on its own. But as anyone who pays even passing attention to the last decade’s leading innovators knows, the story hardly stops there. Warby Parker’s rise reflects a lasting truth about humanity’s capacity to generate meaningful change. It can be easy to feel overwhelmed by the minutiae of running a company or organization. But strip away the distractions and you get to what really matters: focused, strategic collective action is the most effective approach humankind has ever developed to solve its biggest problems.

“Every major advance in society for the last couple hundred years was fueled by people working, doing their jobs,” says Adam Grant, an organizational psychologist at the Wharton School who specializes in helping companies cultivate meaning and motivation in work.

At Warby Parker, strategic collective action has led to gravity-defying growth. Valued at $1.2 billion today, the company designs its glasses in-house and works with customers directly, making it one of the first e-commerce startups to own its own supply chain. Most importantly, however, in a world where more than a billion people lack access to eyewear, Warby’s “buy a pair, give a pair” program has given sight to millions who were never before able to afford it.

Warby Parker’s success was about a few people committing to an ideal and having the initiative and dedication to realize their vision. It’s an example with powerful historical precedent—and great promise for the future. 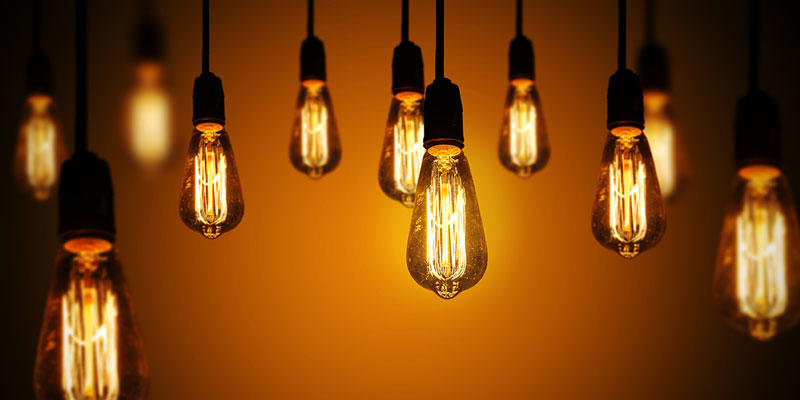 They were 330,000 kilometers from Earth and rocketing towards the moon when the three astronauts on board Apollo 13 heard a loud bang. One of their oxygen tanks had exploded, obliterating an entire side of the spacecraft.

The men had to act fast. Their command module was losing power, so the three piled into the lunar module to serves as a lifeboat. But the pod was designed to fit only two people, and the carbon dioxide levels rose quickly.

Again the crew members had to think on their feet. Using the spare parts available to them—hoses from spacesuits, tube socks, and duct tape—the astronauts rigged a filtration system that kept them alive.

But the crew encountered yet more challenges. They were on a course that would miss Earth by 40,000 miles. So, based on Houston’s careful calculations, the crew fired off their engine, and catapulted themselves onto a path back to Earth, a testament to what human perseverance and ingenuity can overcome.

No one invented Amazon Web Services. Or to put it a better way: no one person invented AWS. It wasn’t an idea concocted in a laboratory by a crazy lone genius. The single greatest innovation in cloud computing to date was the product of multiple people coming together around a great idea.

The AWS moniker first appeared in 2002 to describe a small suite of developer tools for integrating with Amazon’s catalog. The next year, a pair of Amazon network engineers wrote a paper describing a “completely standardized, completely automated” infrastructure for Amazon that “relied extensively on web services.” At the end, the duo, Chris Pinkham and Benjamin Black, mentioned the possibility of selling virtual servers as a service.

The idea caught on internally. Jeff Bezos wanted to know more. By 2004, the idea of AWS as we know it today was first made public. Pinkham convened a team to build EC2. And in 2006, the current version of AWS launched with its first three services.

In the tech industry, the heroic founder can serve as an inspirational figure. But that mythology can also be a little misleading. Steve Jobs didn’t found Apple by himself. Bezos wasn’t the only one taking books to the post office. And AWS took a team.

The cure for Alzheimer’s, the neurodegenerative disease that slowly destroys memory and thinking skills, has evaded researchers since the disease was first recognized in 1906. But Paul Cox, who is neither a neurologist nor a physician, has led a team of scientists at his nonprofit Brain Chemistry Labs to discover a potentially life-altering remedy.

Cox is trained in ethnobotany, the study of plants and how they are used in traditional customs and diets. He and his colleagues have found evidence that the cure to Alzheimer’s may lie in a naturally occurring amino acid.

While the pharmaceutical industry has spent billions of dollars searching for a cure, it has little to show for it. The handful of treatments available offer only limited relief, and nothing new has emerged since 2003.

Until Cox came along, most drugs were based on a single theory of Alzheimer’s that has remained unchanged for decades. Now scientists have embarked upon a dramatic shift in thinking about the disease. And Cox has built a network of 50 scientists who share their research and his vision, exploring new medical and scientific territory.

Though they have far to go, the group’s trailblazing work is gaining significant ground. And one thing is clear: They have pushed the practice of science forward.

The results could save lives. Which tells us something about the potential of collective action to solve problems. Yes, you need all the key factors to align. Line of sight on the problem. Finding the right team. Enabling meaningful collaboration. And actually getting to “done.” But none of these needs are mysterious. None require magic. With the right vision, mindset, tools, and talent, we can truly accomplish amazing things. Imagine what would happen if everyone truly accomplished their goals.