[Trends 2016] When your apps start collaborating 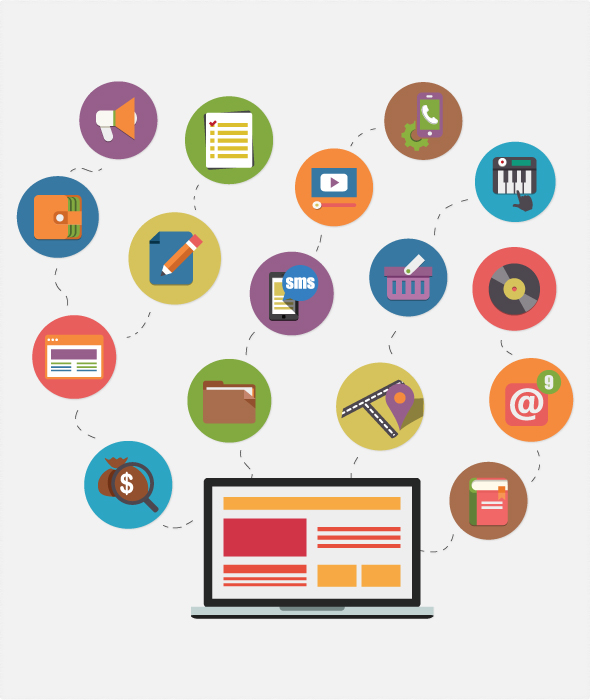 On 29 October 1969, scientists connected a computer at the University of California in Los Angeles to a remote computer at SRI International in Menlo Park, California. ARPANET, the precursor to the Internet was born. Two years later, the Internet protocol ‘TCP/IP’ was created as a lingua franca for computers around the world to communicate with each other. The rest, as they say, is Internet history.

Just as the World Wide Web continues to be a way for individuals to make use of the multitude of information services available, services themselves are increasingly being interconnected and integrated. A strong trend in recent years is the Internet of Things, a phenomenon describing how an increasing number of objects, with embedded technology, and machine-to-machine communication has the ability to connect and share information. Many times these processes are fully automated. Shopping, energy management and logistics are some examples of areas where these solutions can be found today. Perhaps the trend will go full circle as we can see a paradigm shift coming for software as well. Automated integrations in apps that we use in our daily life are now a reality. The possibility to create smart, user-friendly automated integrations between applications, not only in consumerized business apps, is easier than ever before and you no longer need hordes of expensive consultants to customize these.

Here’s a simple example of such integration; a web page might store geographical information from its user in a cookie and make use of other services such as Google Maps to render that geographical information as a visual map and make that map available to the end user of the web page. A whole subset of the Internet today is busy sending information back and forth between services – no people are directly involved in those transactions, just computers, but ultimately serving people. These transactions between different services are made possible by what is commonly referred to as “application programming interfaces” or APIs.

So companies and organizations can effectively conduct business, APIs are increasingly being used to connect different kinds of services with each other in order to exchange and gather information.

One of the more recent surges in this area is the rise of a new kind of integration platform which makes setting up links between services easy and within the reach of average users, not just programmers. Zapier and IFTTT are two well-known examples.

Zapier lets you automate tasks between two apps you’ve connected with its software. In other words, a tie-in, called a ‘Zap’, created on Zapier would look like this: “If this happens in app A, then app B should react like this”.
Let’s take an example from Projectplace: ProjectPlace not only offers a programmer-friendly API to its customers but also out-of-the-box Zaps in Zapier. This makes it very easy to set up custom flows of information between ProjectPlace and other services such as Google Sheets, Twitter, Office 365, or even plain old e-mail. And despite all the tools you use for collaboration, most of us still use email as a key hub for communication. So whatever you do, it will probably at some point pass through your inbox. An integration such as those that can be made easily with Zapier, can automatically send every email you get that contains specific keywords for your project directly to your Kanban board and create an action. In that way you can share tasks within the team. Work management and collaboration tools, while incredibly useful on their o
wn, can become virtual water coolers if left unmanaged. In a marketplace that demands fantastic customer experience and immediate response in the delivery of products and services, companies need tools and methods that enable greater transparency into work and better automation between the tools that impact upon the end customer experience.

The future of work is not just about leveraging individual services, such as Projectplace, to get things done. It’s a great first step, but I think 2016 will see companies and individuals beginning to explore the advantages of the Internet of Software. Combine best-of-breed apps, and put those into business-specific use for increased productivity. Your apps will start to collaborate and no computer science degree is required.

Work Management for Teams 4 Reasons to Use Project Collaboration Solutions May 29, 2018
Written by Planview Blog