The uncertainty for business in the UK remains palpable as the country edges towards its exit from the European Union (EU) in March 2019. The latest figures show that consumer spending has begun to tail off significantly, with total year-to-year UK retail sales of 0.7% for September being much slower than the 2.3% growth for the same month in 2017. 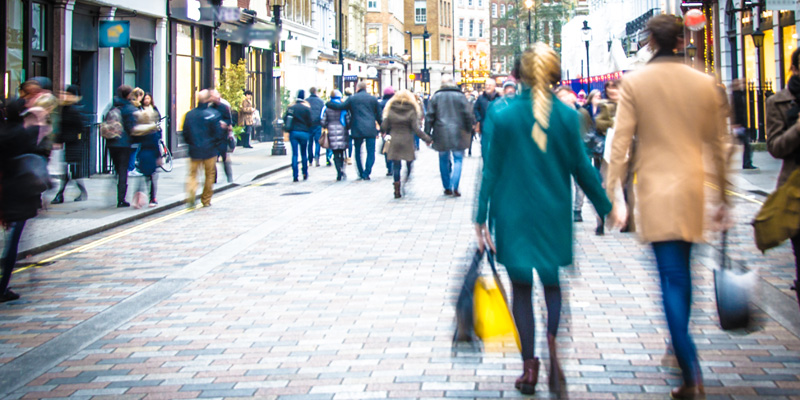 The British Retail Consortium (BRC) declared that it was the lowest growth rate for a year and comes on the back of constant ambiguity about the state of the country and what will happen to business in the UK after they are removed from the world’s largest trading bloc. Nothing has yet been signed or agreed about the UK’s Brexit and constant infighting between the pro-Brexit and pro-Europe wings of the ruling Conservative Party have left businesses, employees and consumers in the dark over their immediate future.

It is hardly a surprise then that shoppers are unwilling to open their wallets for big purchases when they don’t know what may happen to their financial situation over the next year. This won’t be welcome news to the retail sector in Britain which, over the past decade, has suffered widespread job losses and store closures of some of its biggest names, as brick-and-mortar stores struggled to cope with the shift to online shopping and also the financial crisis.

Brief sunshine before the storm for business in the UK

This hasn’t been the whole story of UK retail sales and the UK economy in general however, as, despite many predictions to the contrary, the UK has actually been going through something of a boom period since the Brexit vote in 2016. This was largely fueled by an increase in exports due to the devalued pound sterling making UK manufacturing produce a lot cheaper on foreign markets.

In the event that nothing is agreed, however, Britain’s trade rules with the EU would revert to basic WTO rules which would cause large-scale imposition of tariffs as well as onerous bureaucracy and huge delays caused by border checks. The impact on business in the UK is bound to be enormous, with extra costs and increased difficulty getting inputs from the continent that had previously been free of any checks.

The future for UK retail sales

KPMG assists in the compiling of the consumer confidence survey and its UK head of retail, Paul Martin, said that “the usually reliable back-to-school sales push did not appear to have lifted retailers.” So, it would seem that retailers in Britain will be depending on the success of the so-called “golden quarter” and specifically between Black Friday and Christmas, when shoppers go for big-ticket electronics as well as Christmas presents.

Though the whole country is in the same boat and carry the same concerns for the uncertain future facing the nation, British retailers are among the most vulnerable, as razor-thin margins and huge competition from internet giants like Amazon and now European competition erode any sense of stability in their industry. Brexit might only be a short way off coming into practice, but its effects seem likely to be felt for many years to come.