Project Schedule Overruns: How to Prevent Delays from Becoming Disasters

If you’re at the helm of a project that has fallen behind schedule, then be assured that you aren’t alone.

Despite the fact that the science of project management has been around for decades and the profession is booming, most projects still fail to reach the finish line on time. In fact, a study published in Harvard Business Review analyzed nearly 1500 projects and found that a one in six had a schedule overrun of 70 percent! 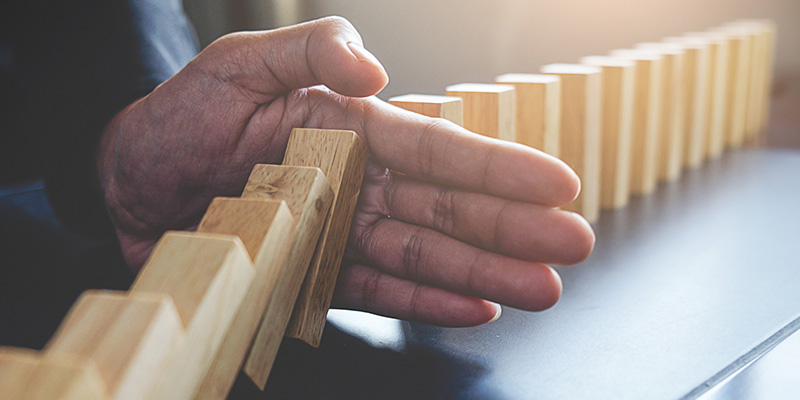 However, while there is strength in numbers, the fact that you aren’t alone in your schedule-related anguish isn’t much of a consolation; and it’s certainly not a solution. Right now, you need practical steps and strategies to mitigate the damage, and get your project back on track as soon as possible. Otherwise, the only way out might be pulling the plug and possibly starting over — but not before facing the wrath of executives, customers, sponsors, and possibly functional management colleagues who aren’t thrilled that you want to borrow their precious people yet again.

To avoid that fate, here are four strategies that can help prevent (often inevitable) schedule delays from becoming catastrophic disasters:

To borrow a term used by surgeons, the “least invasive” approach to dealing with schedule overrun is to reprioritize tasks, and move high priority and time sensitive activities to the front of the line. This can be challenging and risky on complex projects, and in some cases won’t be practical. But at the very least, this can turn a massive overrun (or potentially massive overrun) into one that can be more manageable by using other strategies.

Fast tracking involves re-structuring the schedule, so tasks that were previously slated to be performed at different times will instead be performed concurrently. When this strategy works, it can significantly accelerate project performance and get things back on schedule. But when it doesn’t work, it can wreak havoc on the critical path and ultimately make the schedule overrun even worse. It can also lead to team disengagement, exhaustion and burnout. As such, if you hit the fast track button, be prepared to lean forward and do what you can to help your people handle the extra pressure and stress.

Sometimes, the root cause of a schedule overrun is that the schedule wasn’t realistic to begin with, or because new information emerged after launch that should have triggered a schedule modification. Provided that it doesn’t lead to customer or sponsor revolt, extending milestones or deadlines could be the answer. One of the keys to selling this strategy to decision-makers is to explain that the adjustment isn’t the result of a defective project (or more specifically, defective project management!). Rather, it’s because pre-launch assumptions were made that didn’t turn out to be the case — which is hardly a rarity in the project management world.

If it’s financially and logistically feasible, adding resources can also accelerate productivity, but without triggering critical path risks. However, keep in mind that the resources need to be ready to make an immediate (or near-immediate) contribution, and that adding too many resources — especially towards the end of a project — can become counterproductive and lead to confusion rather than clarity.

Ask any seasoned project manager whether they’ve experienced a schedule overrun, and they’ll ask you (after they stop laughing and/or crying) whether you’ve ever experienced a flight delay. In other words: while early finishes can and do happen, overruns to some extent are the norm rather than the exception.

The objective, therefore, isn’t to completely eliminate the possibility of a late arrival — because that’s not possible — but instead to have strategies ready to go as required, and an enterprise-grade project management system like Planview AdaptiveWork behind them to enable visibility, control, tracking, reporting and communication.