The rivalry and conflict between marketing and operations has been in existence ever since business moved beyond a sole trader model, such as when prehistoric siblings Ubb and Asha decided to take their stone tool making side-hustle full time. Ubb, the marketing whizz, soon got annoyed that their glacial production pace meant they weren’t able to move fast enough to exploit new opportunities. Asha, the stone fashionista, got similarly ticked off by the increased levels of customization that was being offered, preventing them from perfecting a streamlined stone tool production line. 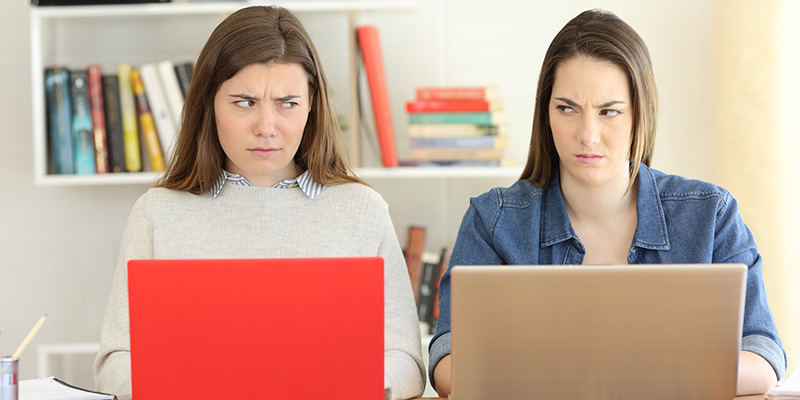 Unfortunately, not a huge amount has changed in the years since.

The Difference Between Marketing and Operations

The issue at the heart of the discord between Marketing and Operations is what they both stand for and their role in a business.

So, basically, both sides want to make the business more profitable, but one wants to do this by increasing revenue and the other by decreasing costs. It doesn’t make either one right or wrong but the conflict between these two departments can cause major issues for a business.

While it can be a source of inter-departmental rivalry and cause headaches at the boardroom level, the difference between Marketing and Operations can actually be a very positive and creative tension to have.

With two different frames of mind and approaches to problem-solving, the marketing and operations teams in a business actually have a lot to teach to, and learn from, each other. If marketing wants something new to be created or operations wants to take an underused product off the menu, then a conversation has to be had. If there’s a disagreement, then a solution which suits the whole business needs to be found, which can often call for creative compromise.

One business adage goes that “a marketer who needs to offer a client more features than are currently on offer isn’t doing their job properly”.

It can often be the case that, to please a client, a sales rep will push the limits of what their product can actually do, preferring to argue in-house with the product team later rather than risk losing a sale now. This is the easy way out however, and rather than pushing the product team unnecessarily it’s a better idea to hone a sales model that actually works at selling the product you have.

With the competing forces trying at once to pull the business in two different directions, one positive outcome can be that the organization manages to stay in equilibrium. To achieve this, however, requires constant awareness and monitoring to make sure that things never swing too far to one side or the other.

For improving team communication and interoperability, Planview AdaptiveWork is the best solution in the industry. For projects which need to communicate and adapt at speed, try it out and take collaboration to another level.