How NOT to Motivate Your Team

Getting a team working at the maximum of its potential is a manager’s primary role and a very tough one. So it’s not surprising that a lot of management literature talks about motivation tips and creating high performing teams. Sometimes though it can be the things we do without thinking, rather than what we are not doing that is creating problems. Here we are going to look at how to motivate your team by addressing negative habits and cultures that could be dragging down performance. 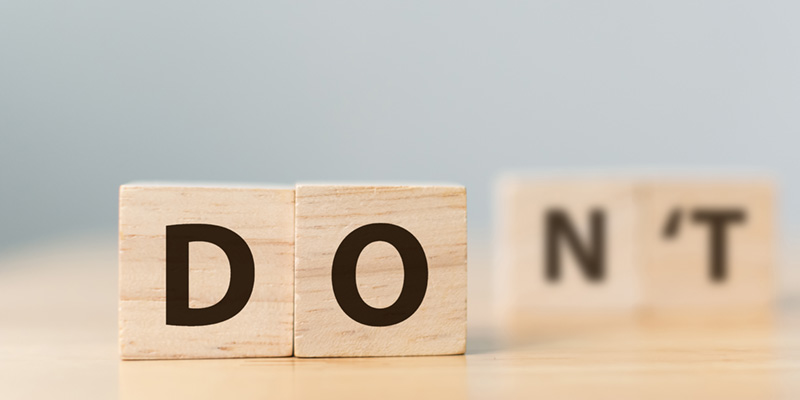 There are many motivation tips for correctly showing concern at team or individual performance, which can escalate relevant to necessity. One practice on how to motivate your team which is never recommended however is calling out an individual in front of their peers. This is mean and embarrassing and likely to inspire discord rather than higher production. Similarly, attacking a whole team when it is only a few members who are not pulling their weight will also serve to demotivate everyone involved.

All managers can be prone to micro-managing at times, it’s a nearly unavoidable result of having overall responsibility, you want to make sure everything is perfect. Problems arise, however, when this goes too far, and every piece of work gets put under the microscope. Not only does this waste your own time, but it also serves to undermine and demotivate your team, basically telling them, “I don’t trust that your work is up to the standards I expect”.

Trying to get your team to work harder by announcing to them that you’re pulling 16-hour days and you want them to pitch in smacks of begging for pity, rather than what it actually is, either an under-resourced project or a poorly managed one, neither of which are your team’s fault. These guilt trips, where the manager plays the martyr, unfairly plays on the personal relationship between manager and staff, as well as trying to make the team feel guilty for only working eight hours a day, as set out in their contract.

While it may seem that you’re being flexible and adapting to challenges with speed, your team may not see sudden schedule changes in quite such a positive light. People plan their work, they get in the zone, they research and review information, so to suddenly shift direction and abruptly put them on something new will pull them out of their rhythm. Not only does it affect their productivity it also decreases their overall comfort in a role, e.g. “why spend time perfecting this task when I could be moved to a new team tomorrow”.

Money motivates pretty much everyone to some degree or another and so it is a common motivational tactic for employers and managers. This is fine if it is part of a clear and balanced progression plan that has been worked out between the parties, where the team member knows what they have to do and what is expected of them. Unfortunately, many managers can use this in a negative way, such as “If you pull that shift over the weekend it would be looked on favorably at your salary review”, which portray their potential pay-rise as something which is dependent on doing favors, which is never a good look for any manager.