8 Stand-up Meeting Ideas to Try with Your Team

Standing meetings get a bad rap—although launched with the intention of keeping a certain topic, goal, or initiative top of mind, they often devolve into disruptive wastes of time that keep teams from doing real work. We all have recurring meetings on our calendars that elicit behind-the-screen eyerolls. However, when facilitated properly and organized around a shared goal, standing meetings can be an effective, collaborative way of keeping teams focused and in sync. This blog focuses on several stand-up meeting ideas you can try with your team to achieve this efficient synergy. But first, what exactly is a “stand-up” meeting?

A stand-up meeting—one type of standing meeting—is a short, daily meeting used to keep teams aligned throughout their work weeks. Also called daily stand-ups, daily huddles, or in some Agile circles, a daily scrum, the purpose of a stand-up meeting is to clarify goals and priorities, discuss potential roadblocks, and actually talk as a team about the work being done.

For teams using Kanban boards to manage their work, daily stand-ups are a great way to reinforce the most helpful practices of Kanban, such as limiting WIP and encouraging a pull system across a team. Daily stand-ups can energize a team to keep work moving forward, and how they can help teams predict and prevent potential roadblocks before they snowball into larger issues.

On the other hand, poorly run, disorganized, or otherwise ineffective stand-ups can have a negative effect on team morale. Although there are definitely many ways to run a stand-up, there are a few best practices every team should follow. Here are a few of the best standup meeting ideas to try with your team.

Daily stand-ups should feel more like a huddle during a timeout of a soccer game rather than a board meeting. It’s a time to touch base, analyze the current situation, and make a quick game plan to keep things moving along. There’s a palpable difference in energy when people have to drag themselves into a meeting room, plop their stuff down, pull out their computers, refresh their coffee, etc. than when huddling around a screen for a quick powwow. By the time everyone is in and settled, you’ve likely already wasted 5-10 minutes of what should really be no longer than a 15 to 20-minute meeting.

Simply encouraging your standups to be held while standing shaves time off of the total meeting while encouraging everyone to stay focused. Your team is much less likely to be glued to their computer screens if they know they’ll only be there for a quick conversation. This advice is mostly for co-located teams—the most effective way set up is to have a large screen in a central area where everyone can gather.

Distributed teams won’t have a physical location but can still enforce the practice of standing during stand-ups and get participants to turn on their video. It may seem silly, but it’s a small way to give your team a sense of unity that’s often missing on distributed teams.

2. Pick a (Realistic) Time and Stick to It

When you conduct your stand-up meetings depends largely on the makeup/distribution of your team. If your team is distributed across the globe, your stand-up will obviously look different than if your team is co-located. That said, the most successful stand-up meetings are the ones that are consistent in terms of time and place. So, whenever you decide to schedule your first few standups, make sure that it is at a time when everyone can consistently meet.

For co-located teams, you’ll often hear advice to make stand-ups first thing in the morning—but do so with caution for a few reasons. First, depending on your office culture, some people might have different definitions of ”first thing in the morning” than others. Setting an 8am standup meeting alienates those who have determined a later start to work best for them. It also leaves little flexibility for those who inherently have more variability in their schedule.

Ultimately, you want your team to want to engage in stand-up meetings. Work to find a time that is best for everybody.

Globally distributed teams will have to use a little more creativity to find stand-up times that will work well for everyone. This might require a bit more flexibility, but it’s worth it to get everyone into one room at one time. These distributed teams might consider doing standups 2-3 times per week instead of daily to make the meetings less inconvenient.

3. Have a set agenda

One of the major downfalls of standing meetings is that they tend to sneak up on us—we plan to go into each of them with a set agenda, and yet somehow, find ourselves walking into these so-important-we-must-have-them-weekly meetings without a clear idea of what we’re there to discuss.

Effective stand-up meetings have an agenda predetermined by a set of questions, decided by the team to be worth discussing on a daily basis. These questions should be focused enough to help the team quickly identify problems and impediments to flow.

Here is a sample set of questions you can use as a starting point for your team’s standup. Adapt these questions as needed to meet your team’s needs:

These questions will help to keep momentum moving on the team and will ensure that each stand-up meeting engages the team in a productive way.

4. Focus on Flow, not Status

You might’ve noticed that none of the questions above were: “Where are we on this?” Daily stand-ups are not status meetings—they’re not a time to simply say, “Here’s where I am on this,” because that is not information that is useful/relevant to most of your team. The purpose of stand-ups is to discuss how to keep work moving.

5. Keep it Short, or Take it Offline

Going back to our huddle comparison—daily standups are meant to be quick, energized conversations, not lengthy deep dives into specific problems.

I recommend having a firm time limit for stand-ups—whether that’s 10, 15, or 20 minutes—for two reasons. The first is that timeboxing the meeting like this helps to keep conversations focused, which keeps the team engaged. The second is that it helps to keep the ”feel” of the stand-up different from other meetings. If your stand-up is constantly bleeding into other meetings, it’s probably not being facilitated in a way that keeps it feeling productive and important to the team. Again, you want your team to enjoy stand-ups. If they don’t enjoy them, they don’t participate, and if they aren’t participating, you might as well cancel the meetings altogether.

Keep everyone engaged by keeping meetings short and focused. What makes stand-ups go long? Diving deeply into conversations that only involve one or two team members. Avoid these deep dives during stand-ups—it’s simply not the time or place to hash out issues. It’s the place to identify them, discuss who needs to be involved further, and then move onto the next issue.

Another way to get the whole team engaged is to use the grade school method of going around the room. Rather than having one person read through every card on the board, elect a facilitator to ask the questions above, and then have each person speak for their own cards on the board.

As far as who should facilitate the meetings, sharing this responsibility is another way to reinforce the idea that the team owns their board and all the work on it. Take turns facilitating, rotating every week or every day, just make sure you have a quick way of determining who’s turn it is. Rotating facilitators will help to make discussing the work—and keeping standups productive—a shared responsibility, instead of putting that all on one person.

During stand-ups, it’s normal for teams to discover opportunities for improving processes or practices beyond the scope of any particular card. In fact, that’s one of the best parts of effective standups—getting your team to engage on that level. Keep a lane on your board where you log your ideas. When you begin any planning process, work these improvement projects in alongside regular project work.

Looking to start conducting stand-up meetings (or improve existing meetings) with your team? Try the tips in this post and check out these other resources to make sure your meetings are effective.

How to Run Effective Standups and Retrospectives

Daily Kanban Standup: Is Your Team Ready for the Next Evolution? 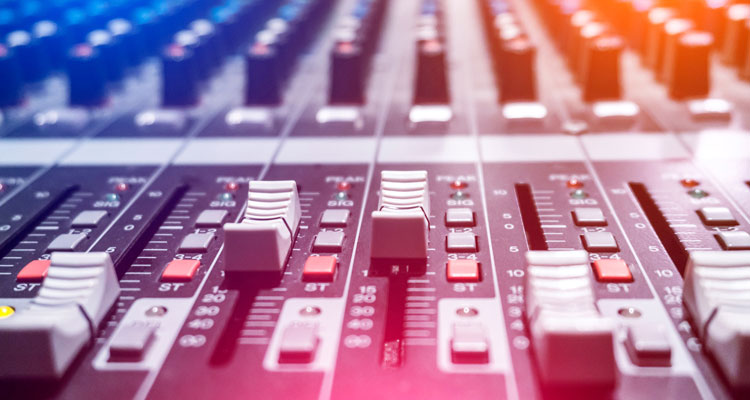