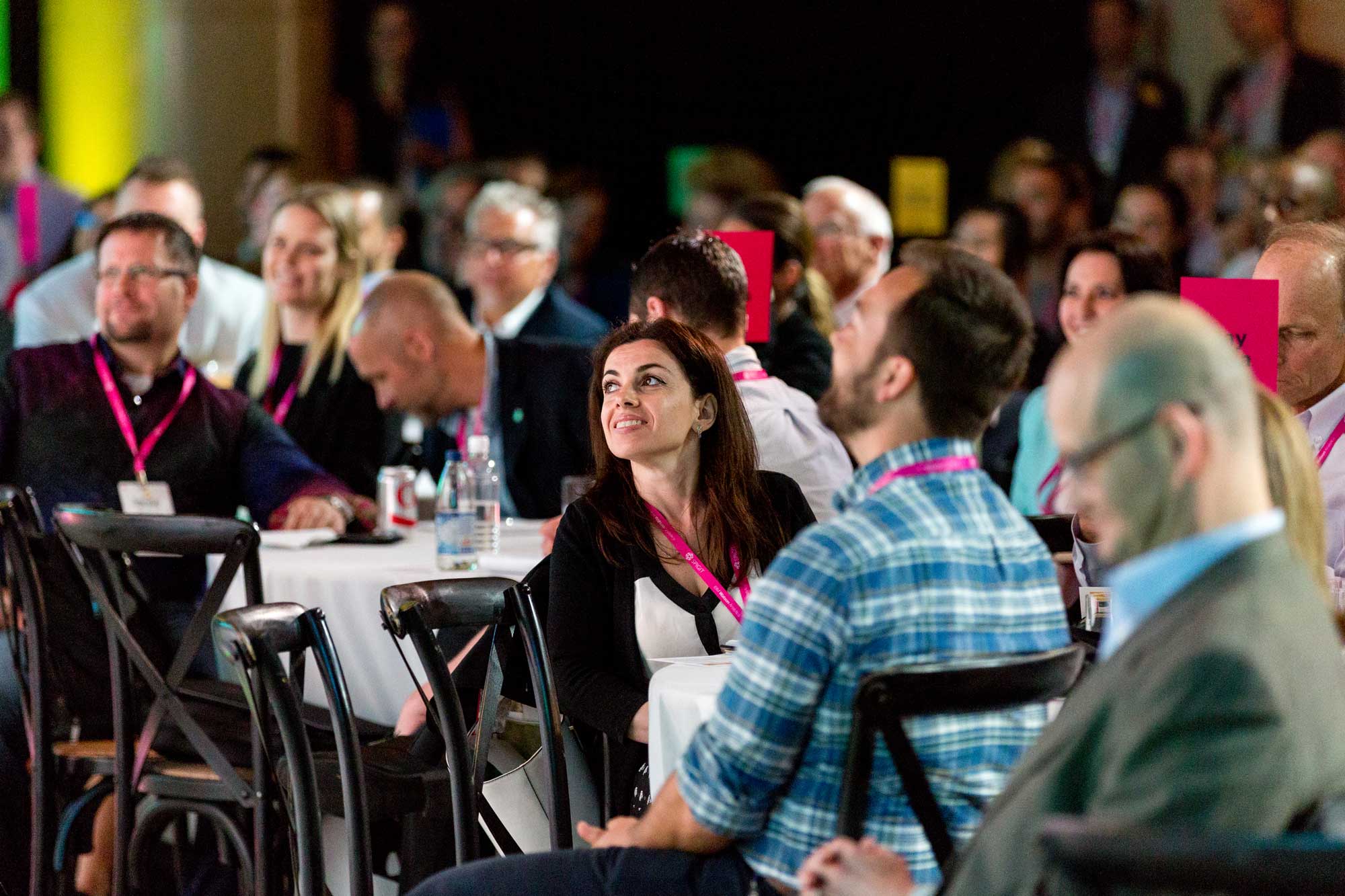 Recently, we had an opportunity to catch up with Chris Morris, Senior Vice President and Chief Innovation Officer at Herbalife, who will be sharing his insights at Spigit’s Ignite conference on May 1st and 2nd.

With Ignite just months away, we wanted to get Morris’ views on the latest innovation trends that are on his radar, what he has learned from spearheading Herbalife’s innovation program, and get a sneak peek at what attendees can expect from his session at the conference.

Below is our conversation.

IdeaPlace: Are there any trends in innovation/technology you’re excited about exploring more in 2018?

Morris: Certainly Bitcoin is something we’re watching, as an example. But I think that’s still several years away from being commercially viable especially in the eCommerce space, so not overly focused on that.

We’re more and more looking at the changes resulting from the social media app concept; as a way to more closely integrate your customers directly into your business process. I really think that’s where we’re going to see a lot of companies that are selling directly to consumers focus their time. When you can directly connect with consumers, it takes you so far beyond what you can do with marketing email campaigns and things of that nature. It certainly presents all sorts of crazy challenges for companies, whether it be legal or privacy challenges, but also so many opportunities if you can figure out how to get a handle on it.

IdeaPlace: What is the one thing you believe all enterprise innovation leaders need to know/ keep in mind as they build their innovation programs?

Morris: The most important thing is to understand that innovation can’t be dictated, it requires a cultural shift. You have to identify the elements of your culture that are creating barriers to innovation. The natural human instinct is to make things better and to create. If it’s not happening in your company, it means that you’ve put up barriers over time that are preventing it and that’s difficult.

As a company starts out, everyone’s wearing multiple hats and, by default, everyone’s creating on the fly. As you grow and expand and achieve some level of success, it becomes important to put controls and processes in place to get repeatable, more efficient, and cost effective at what you do. Quite frankly, that is what ends up stifling innovation. The thing that helps you grow and succeed ends up killing you. You need to identify those cultural elements that are really a barrier for you in your marketplace and address them head on.

You can do all the innovation theatrics you want … name a Chief Innovation Officer, put Planview IdeaPlace in, do an innovation set, but if you just do that without addressing the cultural barriers you’re destined to fail.

IdeaPlace: You started the program in 2017 as Chief Innovation Officer. What are some of the lessons you’ve learned running Herbalife’s innovation program?

Communication is so important, especially in making sure that the leadership in your company is all saying the same things. Spend some time training your leaders on what your innovation pathway is because when they’re a little bit off topic it can really do a lot of damage. It can confuse the general population.

Massive communication to your employees is also important. It’s not a one time thing, a half an hour webinar, or some email marketing. It has got to be wise and persistent, and several events over time until it sinks in. Really boil it down to what your core principles are, what you’re going to be doing, and how you’re going to guide programs so that people know what the guardrails are.

We didn’t do enough of that in the beginning, so I’ve spent the last three months of my life on an airplane going around the world to make sure that we’re doing much more of that. It made a big difference.

From a Planview IdeaPlace perspective, moderation is really important from a number of viewpoints.

Spigit’s obviously fantastic, but if someone is not the most vocal, the fact that they’ve gone in there and entered their idea, that probably took quite a bit of courage for them. They’re probably not going to go out and self market their own idea. Depending on when they entered in and how they titled it, it may not get the attention it deserves.

Having moderators that really see every idea and make sure that the good or sound ideas that aren’t getting attention get attention is critically important because it helps build momentum.

You get those folks that put themselves out there but are still a little unsure. When they start seeing others engage their idea, it starts building a wave of momentum, which is important. It’s a lot of work and you have to stay on top of it. It can’t be a once a week thing. It’s got to be as close to real-time as possible. If you put that effort in, you really can build that wave quickly.

Then certainly, pay attention to what the Planview IdeaPlace team is advising. I can almost tell you every time that I deviated from the recommended advice from the Planview IdeaPlace team, which is always given in the nicest possible way, it has not worked out as well as I would have thought. Again, pay attention to the folks that have a dozen years of experience and have seen the good, the bad, and the ugly for multiple companies. Even when it sounds crazy to you, give it a shot first. Then if it proves out to be crazy, good, do your own thing. Rely on Planview IdeaPlace’s support, advice, and counsel – it’s very, very on the mark.

IdeaPlace: With Ignite 2018 coming up in May, what are you looking forward to?

Morris: I really want to see what other people are doing. I’ve had the opportunity to speak to the Chief Innovation Officers at length from some of the largest corporations on the planet. I’ve gotten a lot of great insight and have spent a lot of time with these folks, but you can always learn more.

I want to talk to more people who have this role about what’s working for them and what’s not; how they keep their employees, partners, customers engaged in their process; and what tools and techniques they use to keep them engaged. That’s really the question I’m going to be asking everybody.

Again, we’re early on. We have high engagement partly because it’s exciting and new. I want to talk to the people that have been doing this for several years and understand how they keep the ball rolling.

IdeaPlace: Can you share a little bit about what you plan on talking about at Ignite and more importantly, some of the key takeaways that you hope attendees get from your talk?

Morris: The focus is going to be on what you need to do to start it [Spigit] well. It’s not just throw a tool in there and do all these wonderful things – understand where you’re going with your innovation journey, talk about those cultural elements, and then talk about now. You have this wonderful tool that actually can support the primary cultural elements of anybody’s innovation journey.

If you’re talking leadership, process, structure, metrics, rewards and recognition, and people and technology, Planview IdeaPlace hits all six areas. That’s why it’s a tremendous tool to start with.

Ignite is the premier conference for innovation leaders. It’s a two-day experience that brings together a growing community of innovation practitioners to share real-world case studies, proven strategies for growth and transformation, and a lot more.

As Damion Heredia, IBM’s VP of Watson Strategic Partnerships, put it: “What’s exciting about this event is the captive audience of innovators in one room that are all working toward a common goal [of how] to scale their innovations faster.”