How the UK Views the Legal Status of Cryptocurrency

As cryptocurrency has taken the world by storm and launched a major debate about whether it could actually shake up how finance and currency work, one field which has lagged sorely behind its pace of change is cryptocurrency law. In many fields of innovation, tight regulation early on might be seen as constricting and having the potential to stifle creativity, but when it comes to cryptocurrency, it’s something both governments and crypto supporters have long been calling for. 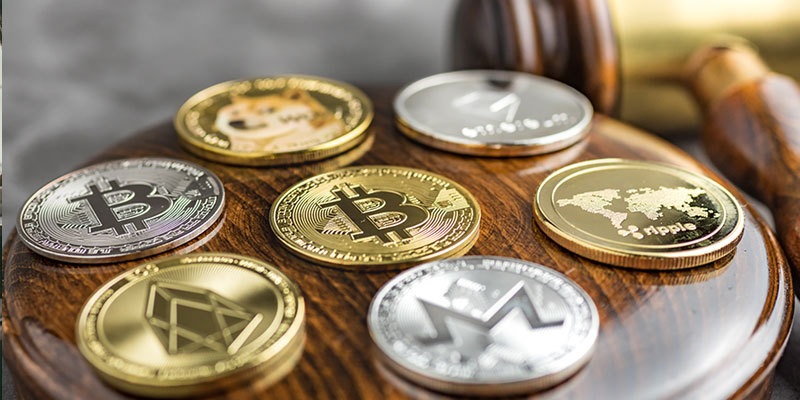 The success of Bitcoin, the most widely known cryptocurrency, saw thousands of other currencies being launched, often amid great hype and celebrity endorsements. The majority of these have since crashed to worthlessness, burning investors and generally giving cryptocurrency the feel of a lawless Wild West outpost where nothing and nobody can really be trusted. Even Bitcoin has not been immune, fluctuating wildly, from just under $1,000 in December 2016 to just over $20,000 only 12 months later in December 2017, back to under $3,500 in December 2018.

The Need for Stronger Cryptocurrency Law

In the UK, as in most other jurisdictions, the rise of cryptocurrency has outpaced the abilities of lawmakers to classify and regulate it. In UK law, according to the Library of Congress, there are no regulations that govern cryptocurrencies, with the only features in place being those that deal with corporate and income tax. Without sufficient regulation banks (who are having many other digital troubles), businesses and finance houses will not go near cryptocurrencies as they are seen as too risky.

As explained by Sir Geoffrey Vos, “Smart contracts will only finally take off when market participants and investors have confidence in them. Mainstream investors still need to be convinced that their legal rights can be protected when they trade in cryptoassets and enter into smart contracts.

Addressing the Issues with Cryptocurrency in UK Law

To deal with that, British authorities have set up the UK Jurisdiction Taskforce (UKJT) (of which Vos is the chairman) to consult the public, technology experts and lawmakers in order to come up with a “state-of-the-art foundation for the development of distributed ledger technology (DLT), smart contracts and associated technologies”. The initial task of this group will be to assess the current state of affairs regarding crypto in UK law, to see where current laws can already be applied or where there are gaps in the legislation.

The questions the UKJT will have to answer will hopefully provide greater clarity for those dealing with cryptocurrency in the UK. Some of the topics investigated will include:

France has recently pushed for Europe-wide adoption of its own new laws regarding cryptocurrencies, though considering the UK’s problems with Europe over Brexit, it is unsurprising they are looking for their own solution. The French law sees any company allowed to apply for a license for issuing or trading cryptocurrency, which will be awarded by the French market regulator and will also oblige them to pay French taxes, with the ultimate goal being the establishment of a fully regulated market based in France. Whether UK law manages to come up with any better solutions remains to be seen.