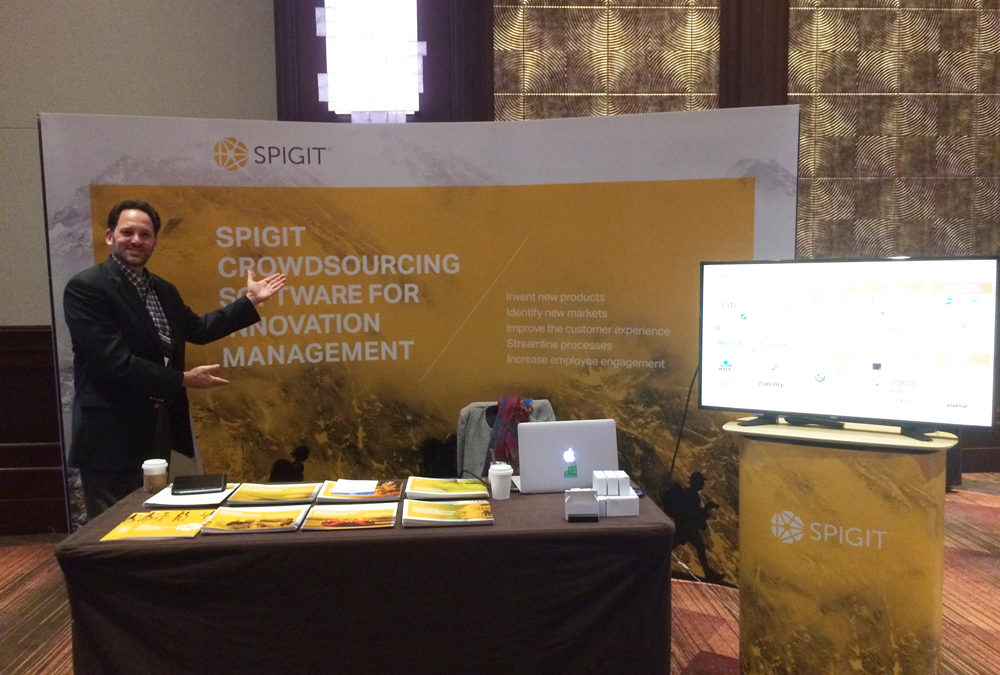 Throughout the conference, there were several themes that became major talking points, including:

While there was plenty of information to absorb in every session, here are our five key takeaways.

1. You don’t change culture by issuing a memo

Please tuck that memo back into your desk drawer.

While establishing a culture of innovation is a top priority for companies (as data from Planview IdeaPlace’s 2016 Crowdsourced Innovation Benchmark Study explains), you can’t make it a reality by simply telling employees you’re going to be innovative. As successful innovation leaders around the world would attest to, it doesn’t work this way.

Instead, an innovative culture can only be built if a company empowers and then enables its employees to think differently, ask questions, and challenge the conventional ways of doing things to find new opportunities for creating value.

A culture of innovation starts with a change in mindset, a clear message to employees and actions, not a memo.

When Facebook first hit the scene in 2005, it entered a battlefield where Myspace and other social networks were duking it out for the number one spot. A spot that Myspace would claim only to have Facebook rip it from its grasp.

When it became the number one social network in the United States, and eventually the world, many people wondered how Facebook was able to achieve that feat. How does “yet another social network” enter a crowded market and wipe out the competition?

One reason for its success came down to one small, subtle feature that took the world by storm and created an entirely new experience: photo tagging.

On the surface, photo tagging seems minor. But at the time, it was revolutionary.

Ultimately, the moral of the story is this: what seems like a small change, feature, or improvement can lead to big results.

As confucius once said, “The man [or woman] who moves a mountain begins by carrying away small stones.”

Do your employees feel that they have the support to take risks in an effort to bring more value to the business?

Lisa Swoboda, Chief Innovation Officer at Emergent BioSolutions, mentioned that her company surveyed its employees and found that many felt they couldn’t take risks or think outside the box because there was a lack of encouragement; they didn’t feel supported. If there is one thing that would make building a culture of innovation come to a screeching halt, it’s this.

There’s no culture of innovation without employees having the confidence to take risks and challenge the status quo.

What works now may not work in the future.

With disruption impacting every industry, it is crucial that companies start exploring new business models to uncover potential opportunities for transformation.

Companies face two options when it comes to innovation

Too many companies are in the realm of option one. Financial services is a classic example of this. As new upstarts entered the market with new business models, financial services companies were blindsided by how quickly the industry was disrupted.

Whether it’s due to being traditionally risk averse or just being stuck in a comfort zone, not enough companies experiment and test hypothesis to drive innovation.

What new trends, strategies, and disruptions will we see in 2017? Only time will tell.

But one thing is for sure: no matter how much market share your company has, you can’t hide from the realities of disruption – both from new upstarts, technological advances, and even policy change. To gain or maintain competitive edge, companies have to act today.