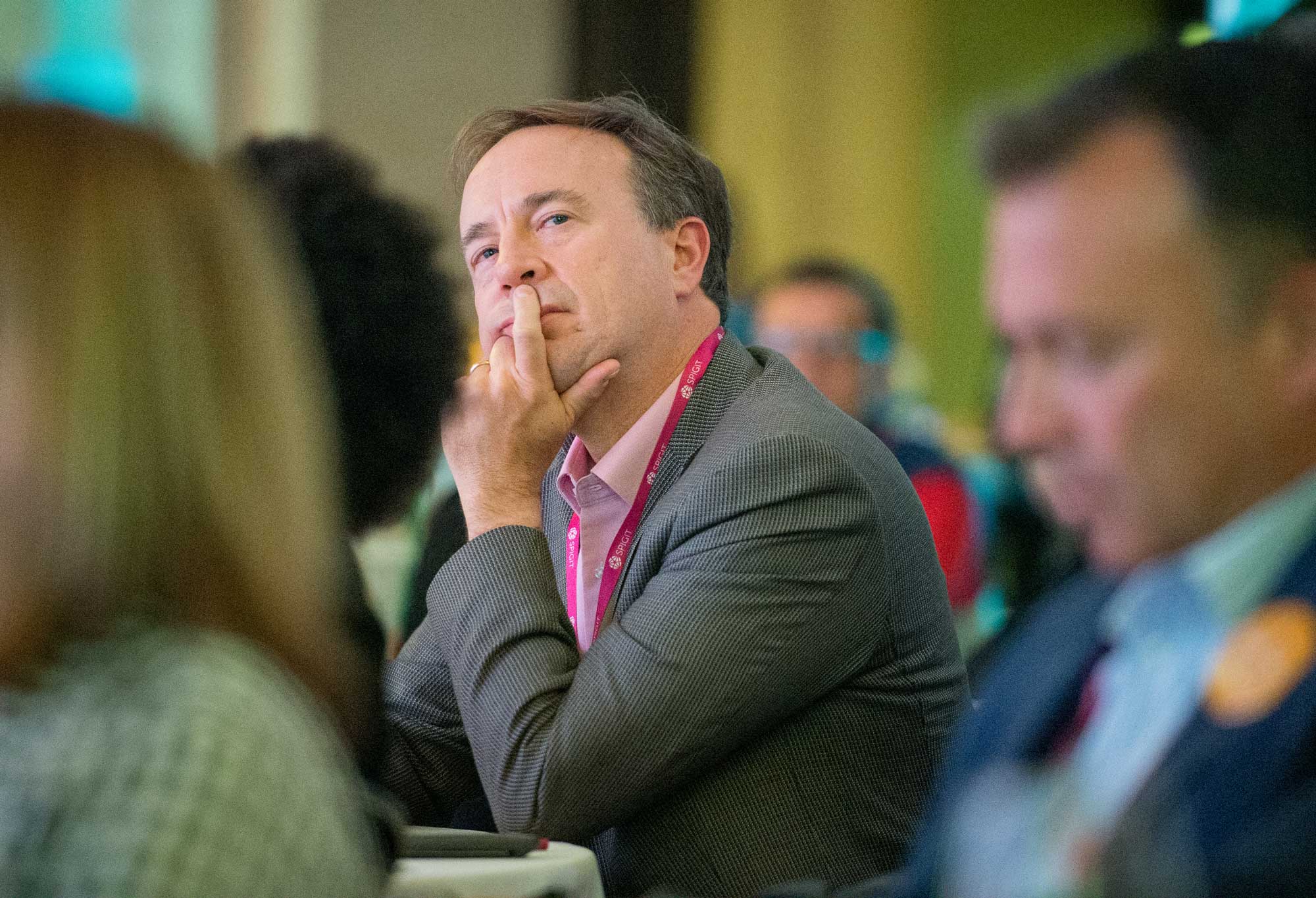 I had the opportunity to attend Ignite 2018, the annual user conference hosted by Planview IdeaPlace.

Ignite brings together a diverse group of innovation management professionals from the corporate world. The professionals share a common interest in how they might advance the practice of collaborative innovation within their organization. How might they foster intrapreneurship by helping people form and take ownership of their ideas?

Marcus Shingles, formerly of the XPRIZE Foundation, kicked things off with a thought-provoking look into the future. Marcus dwelled at length on the coming Singularity, a point in time forecast by Ray Kurzweil at which artificial intelligence matches and then exceeds our collective human intelligence—the result of an exponentially increasing rate of advance in computing power and software sophistication.

Shingles’ talk proved to be relevant for his audience. Kurzweil views the Singularity as a foregone conclusion. The two points of ambiguity that remain are (a) the exact timing of the event over the next couple of years—but predicted to occur within our lifetimes and (b) the societal reaction to the event.

Will our lives materially improve because of exponential change or will they spin irrevocably out of control in a kind of modern-day Hobbesian nightmare? Will we live like kings, like paupers, or not at all?

To say that the stakes are high would be an understatement. The rapid evolution of artificial intelligence, along with the rapid rise in carbon dioxide in the atmosphere, are the two trends that define and that will decide the course of our world for generations to come.

In listening to Shingles at Ignite, I found myself thinking about the economist Ronald Coase. Coase wrote The Nature of the Firm in 1937. In his book Coase explored why people organize into firms and why firms employ the number of people that they do. In a nutshell, Coase argued that firms reach a certain size as the outcome of the owner’s rational attempt to minimize the costs of transacting business in service to their customers. It might cost less to have an in-house accounts payable group—or an in-house sales team—than to hire such expertise as needed.

Coase’s exploration appeals to our common sense. At the same time, his observations apply to some of the most strategic decisions that firms make, relative to “make versus buy.” Coase’s thinking can help to explain why, for example, The Coca-Cola Company has 100,000 employees and the corner dry cleaner has ten (10).

We see the harbinger of this world through the emergence of “on call” occupations made possible by ride-hire platforms such as Uber and Lyft. Uber and Lyft offer a “just-in-time” transportation service for people. 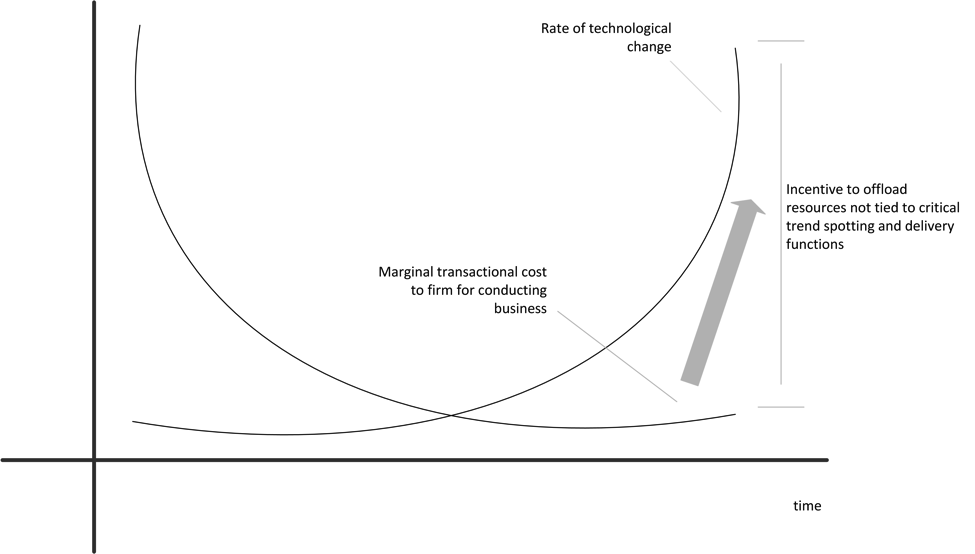 At the same time as the need for “captured labor” decreases (exponentially), the demand for “situational awareness” increases. That is, if the world is changing at an exponentially accelerating rate, per Shingles and Kurzweil, then each participant in that economy would in theory need to become hyper vigilant in detecting, making meaning of, and reacting to disruptions that might materially affect their business model. The number of disruptions would increase, exponentially.

I see some of this behavior happening, today. Clients tell me that their annual financial plan, along with the attendant budgeting, often runs out of gas right around the end of the first quarter. The planning exercise proved useful. The plan itself proves to be irrelevant. In the same vein, it’s been well reported that the life span of the typical Fortune 500 firm has decreased markedly over time.

Firms have always had some sort of trendspotting capability in place, from either supporting a dedicated team of people skilled in observation to committing in a casual way to pay attention to what’s happening at the annual trade show.

Going forward, one can see this commitment strengthening across the board. Firms will need increasingly powerful trendspotting and meaning making to keep up with the pack, much less stay ahead of the game. 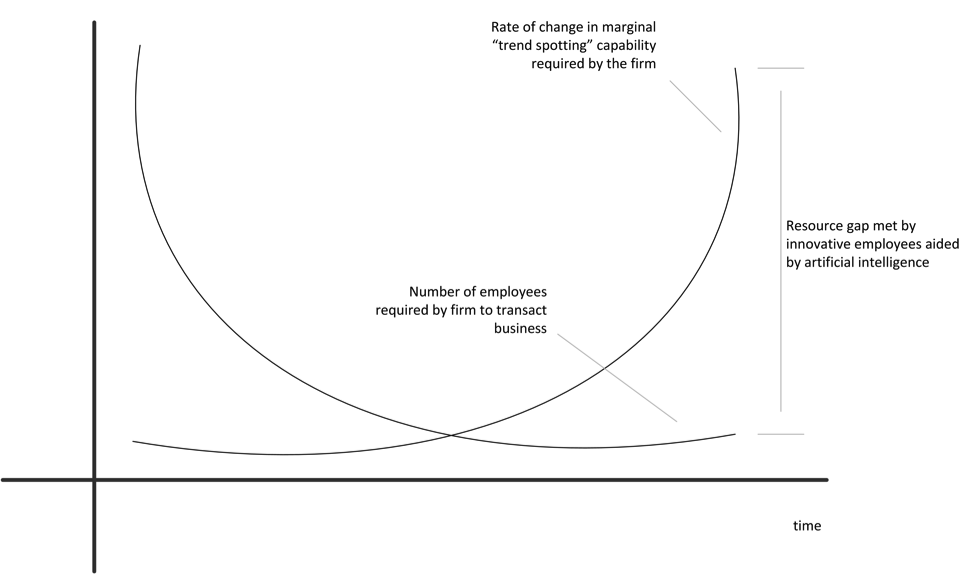 Herein lies the natural tie-in with Shingles and Planview IdeaPlace’s conference, Ignite. The people attending Ignite seek to help all their colleagues become more adept at observation. The wisdom of the crowds demands, first and foremost, a crowd. Observation, and the meaning we make of our observations, serves as the source for our innovations. Going forward, firms will need all hands on the deck when it comes to trendspotting: everyone looking out, not in.

Looking ahead, the core group of any organization may prove to be those people who are particularly astute at spotting trends and, at least as important, making meaning of the implications. The firms themselves will likely scale down to, at most, hundreds of employees. The bar at which the transactional cost of conducting business will lower to the point where outsourcing makes both economic sense and sense from the perspective that any employee who remains with the firm must take on an increasingly heavy burden of trendspotting as the normal course of their duties.

As we approach Kurzweil’s Singularity, the notion of having a firm with 100,000 employees becomes as quaint as powering our personal transportation with an internal combustion engine. All the firms that exist might very well look like the startups of today: characteristically small organizations hyper focused on solving one particular problem by applying a specific type of domain expertise. The shadow ecosystem of the startup becomes the dominant organizational structure, by virtue of the fact that a startup is agile by nature and, thus, can most readily adapt to exponential change—at least until such time as the rate of exponential change drives further societal change.

Kurzweil, in a recent TEDx talk, said something to the effect that, “The primary concern will be meaning and purpose.” His view—and he is optimistic about our shared future—speaks to an organization of one, ultimately, with perhaps some loose collaboration among affiliates who share a common purpose. Perhaps, at that time, the 100-person firm becomes anachronistic, too.
Time will tell, soon.

The best conferences make you think new thoughts. Ignite was quite good in this regard. Marcus helped the audience envision a reasonable end game for their innovation management program.