Man-made climate change is an inescapable fact backed by 97% of the world’s scientific community, and it constitutes one of the greatest ever existential threats to the survival of humanity. The move to push people and countries towards more responsible means of living has many supporters, but seems to face a lot of intransigence at a political level. 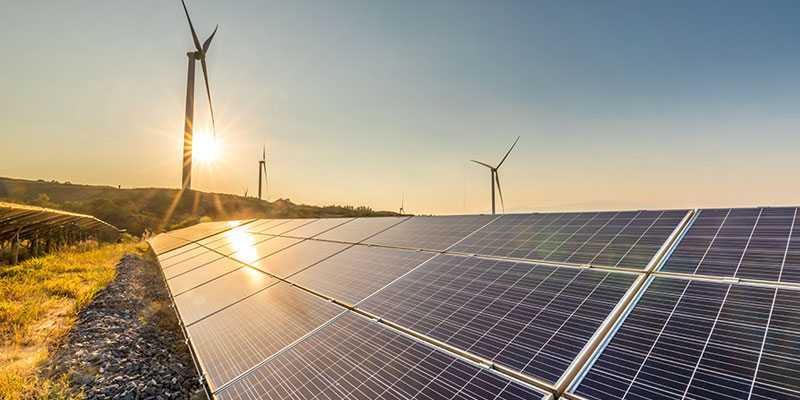 Though the future of the landmark 2016 Paris Agreement on climate change is currently hanging by a thread, there have been some bright spots in between the metaphorical dark cloud of bad news concerning melting ice, rising temperatures, increased drought and more destructive hurricanes and forest fires (there’s also an ominously growing “actual” cloud of greenhouse gases, but they’re generally invisible rather than dark). One of these few positives in the news cycle is the uptick in the amount of “cleaner” electricity production and the declining reliance on fossil fuels to power our lives.

The UK leading the way

Efforts to tackle climate change in the UK have been hampered over the past few years by the political furor over Brexit and whether and how it will leave the European Union. However, the nation’s commitment to becoming a net-zero carbon economy by 2050 seems to be relatively on track as 2019 will be the first year that zero-carbon energy will make up more than 50% of its electricity production.

According to the then interim energy minister, Charles Skidmore: “We’ve set in stone our commitment to end our contribution to climate change entirely by 2050 and this is yet another step on the path to becoming a net-zero emissions economy.”

This important milestone has been reached through a number of factors, with some of the most remarkable statistics being those about coal, one of the most contentious political footballs in many countries. In the UK, coal-powered electricity has dropped from having 33% of the market to just 3% in a ten-year span, while over the same period solar, wind and hydroelectricity production has shot up from 2% to 20%. This was spurred by the slashing of subsidies to coal, which is generally much more expensive than alternatives if left exposed to the market.

This has meant that the UK has gone at least two weeks without any coal-sourced electricity production for the first time since the 19th century. Coal use is set to drop even further when the number of coal-fired plants is reduced to just five by the end of 2019, ahead of its complete phasing out by 2025.

The movement for change

The government’s commitment to tackling climate change in the UK has been spurred by “climate anxiety” that the world is approaching a tipping point from which it can never return. A survey by the National Grid (Britain’s national electricity infrastructure operator) revealed that nearly 70% of people were concerned about climate change and that not enough was being done to prevent it.

The British government, maybe because climate change legislation has been left to federal employees rather than politicians, does seem to have made some significant moves towards addressing climate change in the UK, with clear policy directives, action to stop protecting coal from unprofitability and investment (the National Grid has put nearly $2billion into upgrading its network to work better with renewables). Only time will tell if these efforts will be enough to avert the looming climate catastrophe.