In the 1967 movie Cool Hand Luke, a brutal prison warden summarizes his chronic disconnect with rebellious convict Paul Newman by uttering what is arguably the biggest under-statement in history: “what we have here, is a failure to communicate.”

Well, fast forward about half a century, and those exact words are being uttered with the same degree of righteous anger. But this time, it’s by project managers and other organizational managers and leaders who can’t comprehend why, instead of improving visibility, efficiency and performance, their new “feature-filled” project management software has made them all worse. 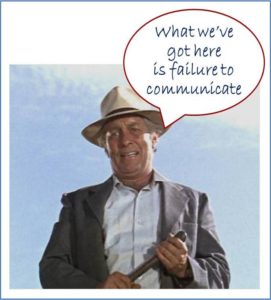 This Just In: Conversations Matter!

The root problem here isn’t a matter of orientation, training or integration. Each of these factors – or rather, their ineffectiveness – can contribute to the crisis, but they don’t start the fire. For that, we have to look at something that is far bigger and more fundamental than any software solution could ever hope to be: reality itself.

That is, organizational life is not exclusively governed by formal communication channels, policies, procedures and protocols. Every day, there is an incalculable wealth of intelligence generated by good, old fashioned conversations. Sometimes these conversations emerge online, such as in chat rooms, forums, social media, or through IMs and emails. Other times, they materialize in hallways, parking lots, lunchrooms, or as a result of what Google calls spontaneous “informal collisions” between cross-functioning individuals and teams.

These conversations – which take place all the time, at all levels, and with all stakeholders including customers – are often full of relevant, rich information that organizations should be capturing and using to usher the work journey forward. So why on earth don’t they? It’s not that they don’t want to; it’s because, ironically, their software won’t let them!

Because it’s simpler to do so, conventional project management software essentially defines conversations that occur outside of formal channels as extraneous, superficial, marginal, and ultimately meaningless engagements that aren’t “about work” – and as such, it ignores them. In other words: if the communication isn’t formally captured by the software, then it doesn’t exist. 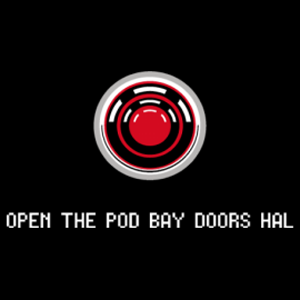 The only thing more notable than the sheer absurdity of this aspect, is the blatantly unacceptable impact: organizations burdened by such software are effectively missing a huge volume of work-related communication; not because of what was contained in the exchange, but merely because of where and how the communication occurred.

Fixing the Failure to Communicate

Fortunately, there is a way to fix the failure to communicate. This requires leaving conventional project management software, and embracing a centralized collaborative work management system that actually reflects reality rather than rejects it by doing 3 key things:

Ultimately, when the above become core characteristics of “getting work done” on a daily basis, organizations finally get the rewards they have long since been promised by conventional project management software: clearer visibility than they’ve ever experienced, so they can move faster than they ever imagined possible.